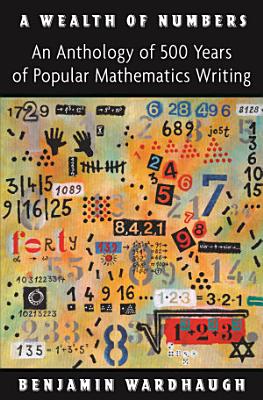 An entertaining and informative anthology of popular math writing from the Renaissance to cyberspace Despite what we may sometimes imagine, popular mathematics writing didn't begin with Martin Gardner. In fact, it has a rich tradition stretching back hundreds of years. This entertaining and enlightening antholog—the first of its kind—gathers nearly one hundred fascinating selections from the past 500 years of popular math writing, bringing to life a little-known side of math history. Ranging from the late fifteenth to the late twentieth century, and drawing from books, newspapers, magazines, and websites, A Wealth of Numbers includes recreational, classroom, and work mathematics; mathematical histories and biographies; accounts of higher mathematics; explanations of mathematical instruments; discussions of how math should be taught and learned; reflections on the place of math in the world; and math in fiction and humor. Featuring many tricks, games, problems, and puzzles, as well as much history and trivia, the selections include a sixteenth-century guide to making a horizontal sundial; "Newton for the Ladies" (1739); Leonhard Euler on the idea of velocity (1760); "Mathematical Toys" (1785); a poetic version of the rule of three (1792); "Lotteries and Mountebanks" (1801); Lewis Carroll on the game of logic (1887); "Maps and Mazes" (1892); "Einstein's Real Achievement" (1921); "Riddles in Mathematics" (1945); "New Math for Parents" (1966); and "PC Astronomy" (1997). Organized by thematic chapters, each selection is placed in context by a brief introduction. A unique window into the hidden history of popular mathematics, A Wealth of Numbers will provide many hours of fun and learning to anyone who loves popular mathematics and science.