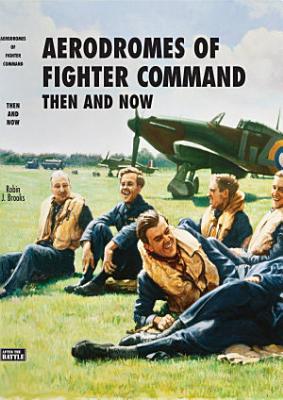 RAF Fighter Command was established in July 1936 to provide the airborne element in the defense of Britain against air attack. The aerodromes under the Command described in this book came under the control of several Groups: No. 9 in the west, No. 10 covering the south-west, No. 11 in the south-east, No.?12 on the eastern side of the country, and Nos. 13 and 14 protecting the extreme north. In this volume the activities of over 90 airfields are described and illustrated in our ‘then and now’ theme, both on the ground and from above. Many, having served their purpose, have returned to farmland leaving only odd vestiges to recall their former role as front-line fighter stations. Others have succumbed to the encroachment of housing or industry or even been totally expunged from the map through mining activities. On the other hand, a number have continued to be used as airfields, either for sport or business flying, and some continue as major airports with modern facilities. Sadly the post-war years have witnessed the slow decline of the RAF presence at so many of their former bases, two having closed during our research for this book. And some have found a new lease of life with the Army . . . or even the Ministry of Justice! All came into their own during the six years of war and the scars from that battle are still evident if one cares to look. Moldering buildings from the former era remain as poignant reminders of the airmen and women who once inhabited them . . . now standing almost as memorials to the thousands who never came through. This is their story.

RAF Fighter Command was established in July 1936 to provide the airborne element in the defense of Britain against air attack. The aerodromes under the Command

RAF Fighter Command was established in July 1936 to provide the airborne element in the defense of Britain against air attack. The aerodromes under the Command

Shortly after the end of the Second World War, the United Kingdom was described as one vast aircraft carrier anchored off the coast of Europe. During a seven ye

In his 1945 report to the Combined Chiefs-of-Staff on the success of Operation Overlord, the Supreme Commander General Eisenhower wrote that "on the morning

An essential reference series listing every combat claim submitted by RAF fighter pilots during World War Two. Part One covers the Fall of France and Battle of

Entries cover every military airfield within the counties, from WW1 to the present day and comprise: Brief history of the airfield, construction and use includi

As part of the Aviation Heritage Trail series, the airfields and interest in this book are concentrated in a particular area - in this case Kent, Surrey, East S

A Salute to One Of the Few

In a quiet churchyard in Amersham is the grave of an airman who lost his life fighting in the skies over southern England in October 1940. The author happened t

The Battle of Britain has held an enchanted place in British popular history and memory throughout the modern era. Its transition from history to heritage since

Innumerable books have been published on the two most famous fighter aircraft of all time, the Supermarine Spitfire and the Messerschmitt Bf109. But books setti