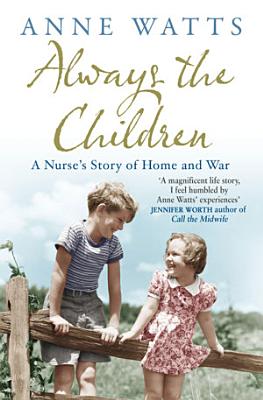 Anne Watts grew up in a small village in north Wales in the 1940s. Inspired by school geography lessons that told of far-off lands, she broke out of the conventional options open to women in post-war Britain, defying her Merchant Navy father's dated views. She trained as a nurse and midwife, joined the Save the Children Fund, and was posted to Vietnam in 1967. One of only three British nurses in the region, Anne was faced with a vision of hell that her training at Manchester's Royal Infirmary had barely prepared her for. Thrown in at the deep end, she witnessed the random cruelty of warfare, nursing injured and orphaned children and caring for wounded and dying servicemen. She went on to take her skills to the victims of Pol Pot's Khmer Rouge in Cambodia, to Lebanon during the Israeli occupation, and Saudi Arabia during Desert Storm. Over some forty-five years Anne has brought her courage and compassion to those most in need of help. Woven into this vivid, compelling memoir is perhaps the most moving story of all - how Anne's idyllic childhood was shattered by a shocking family tragedy when she was 10 years old. A tragedy that was to shape her destiny.

Anne Watts grew up in a small village in north Wales in the 1940s. Inspired by school geography lessons that told of far-off lands, she broke out of the convent

Treatment for Children with Selective Mutism

A practical handbook packed with tips, techniques and suggestions for all those working and living with learning disabled children aged 3-19.

The Feminine Subject in Children's Literature

This book builds upon and contributes to the growing academic interest in feminism within the field of children's literature studies. Christie Wilkie-Stibbs dra

Originating in a recent CIERA conference held at the University of Michigan, this book brings together the nation's most distinguished researchers to examine ho

Children, Film and Literacy explores the role of film in children's lives. The films children engage in provide them with imaginative spaces in which they creat

Neo-Imperialism in Children's Literature About Africa

In the spirit of their last collaboration, Apartheid and Racism in South African Children's Literature, 1985-1995, Yulisa Amadu Maddy and Donnarae MacCann once

Around 18 million young Chinese people were sent to the countryside between 1966 and 1976 as part of the Cultural Revolution. Mao's Children in the New China al