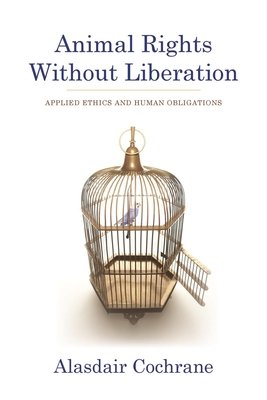 Alasdair Cochrane provides an entirely new theory of animal rights grounded in their interests as sentient beings. He applies this theory to a whole range of different and under-explored policy areas, such as genetic engineering, pet-keeping, indigenous hunting, and religious slaughter. In contrast to other proponents of animal rights, Cochrane claims that the possession of rights by animals does not mean animals must never be owned or used by human beings. He claims that because most sentient animals are not autonomous agents, they have no intrinsic interest in liberty. As such, his book.

Alasdair Cochrane provides an entirely new theory of animal rights grounded in their interests as sentient beings. He applies this theory to a whole range of di

Animals, Animality and Controversy in Modern Welsh Literature and Culture

Philosophy and the Politics of Animal Liberation

This edited collection testifies to the fact that the animal liberation movement is now entering its political phase, after a period dominated by ethical approa

The Open Society and Its Animals

This book is an interdisciplinary study centred on the political and legal position of animals in liberal democracies. With due concern for both animals and the

This accessible and cutting-edge work offers a new look at the history of western 'civilization, ' one that brings into focus the interrelated suffering of oppr

This book explores a theory of habitat rights for wild animals, positioning animal property rights within the existing institution of property and discussing th

There is now widespread agreement that many non-human animals are sentient, and that this fact has important moral and political implications. Indeed, most are

This book considers the efficacy of the common regulatory model of the licensing regime as a means of regulating animal use in England, with a particular focus

The Oxford Handbook of Animal Studies

The Routledge Handbook of Philosophy of Animal Minds

While philosophers have been interested in animals since ancient times, in the last few decades the subject of animal minds has emerged as a major topic in phil