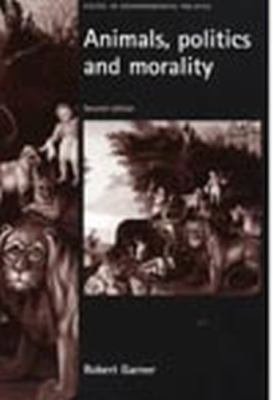 This is an extensively re-written second edition of a well regarded and much cited text on the issue of animal protection. It remains the only text to combine an examination of the philosophy and politics of the issue. Its central argument is that the philosophical debate is central to an understanding and evaluation of the substantive issues involving animals and the nature of the movement for change. The book has been thoroughly revised to include major theoretical and empirical developments. Specifically, the "second generation" of animal ethics literature is examined in detail, and attention is paid to the campaigns and public controversy over the export of live animals and the use of animals in research, the impact of genetic engineering on the welfare of animals and the latest developments in the controversy over hunting.

This is an extensively re-written second edition of a well regarded and much cited text on the issue of animal protection. It remains the only text to combine a

The Political Turn in Animal Ethics

This edited collection of original essays focuses on the political dimension of the debate about our treatment of nonhuman animals.

Though many ethicists have the intuition that we should leave nature alone, Kyle Johannsen argues that we have a duty to research safe ways of providing large-s

This book offers ethical and political approaches to issues that nonhuman animals face. The recent ‘political turn’ in interspecies ethics, from ethical to

This book presents a collection of essays exploring the legal, economic, socio-environmental, and ethical dimensions of human-animal interaction in Brazil. As o

Putting Morality Back into Politics

Machiavelli almost succeeded in removing morality from European politics and, indeed, since his day it has sometimes been assumed that morality and politics are

Legislating Morality in America: Debating the Morality of Controversial U.S. Laws and Policies

This title undertakes an impartial, authoritative, and in-depth examination of the moral arguments and ideas behind the laws and policies that govern personal,

"A previous edition of this book appeared under the title Magpies, Monkeys, and Morals. The new edition has been updated throughout. Substantial new material ha

"The Animal Rights Debate presents the views of two preeminent thinkers working on a key debate in the study of the moral status of animalsùnamely, do animals

Ryder coined the term speciesism in early 1970 and shared the idea with Pete Singer, who popularized the term in his classic work "Animal Liberation." Here, Ryd