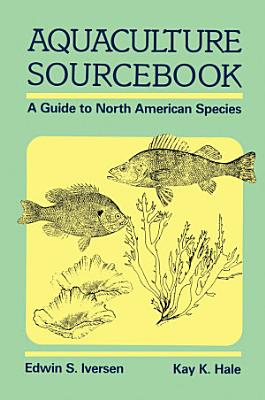 As traditional commercial fishing becomes increasingly expensive and restrictive, aquacultural fish production emerges as a practical viable alternative. The Aquaculture Sourcebook is an introductory text and ready reference for information on the fresh-, brackish-, and salt-water farming of both fish and shellfish, as well as of several important algae. Until now, such material has been available only in scattered publications; but the Aquaculture Sourcebook incorporates all the feasibility data pertinent to farming aquacultural species in North America into one easy-to-use text. It will be welcomed not only by current and future aquaculturists, but also by fisheries, seafood company managers, biologists, teachers, and students. The Aquaculture Sourcebook has been designed to satisfy the needs of fisheries, scientists, and commercial aquaculturists by providing, in a handy and well-organized format, information vital for successful North American aquacultural ventures. Concise details are given for over a hundred individual speices, including not only those raised for human consumption, but also organisms reared for feed, bait, or other purposes. Each entry in this valuable volume covers such relevant material as: *the scientific and common names of the organism *its visual appearance and distinctive characteristics *habitat range specifications *species reproduction and development *age- and growth-related factors *specific parasites an diseases *potential predators and/or competitive species *its prospects for future aquacultural success Key groups of closely related species are discussed in a geographical context, highlighting areas which each will find the habitat best for its survival. Great care has been taken to specify ranges of tolerable salinity and optimum temperature for candidate species, and emphasis has been placed on creating aquacultural environments that replicate those normally habitated in nature. Comprehensive, informative, and accessible to layperson and scientist alike, the Aqualculture Sourcebook is both the perfect desktop reference for anyone establishing an aquacultural facility, and a ready reference to help maintain one.

The culmination of over a decade's worth of research by the Pond Dynamics/Aquaculture Collaborative Research Support Program (CRSP), Dynamics of Pond Aquacultur

With an ever increasing demand for seafood that cannot be met by capture fisheries alone, growing pressure is being placed on aquaculture production. However, i

Living Marine Resources provides a thorough, up-to-date introduction to all aspects of fisheries science. This clearly written text offers insight into a topic

Aquaculture and Coastal Zone Management in Australia and New Zealand