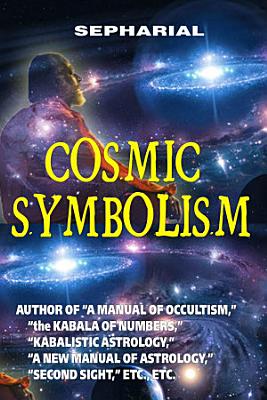 We were slow to pick up on Sepharial (Walter Gorn Old, though he almost never used his birth name), 1864 - 1929. As C.E.O. Carter says, he is brilliant at almost everything he touches. Sepharial's writing on numerology remains unsurpassed. Sepharial was more than a mere astrologer. Reading his work it is obvious to me that he had the gift of omniscience, which is the customary result of past life training in Jnana yoga. Omniscience on a human level means that when one studies a subject closely, one is able to understand new things about it, not merely parrot old facts in new dress. This ability often leads to a writing style which is sometimes and to some people frustrating to read. Sepharial will blandly state what he knows to be true. If you know how to read conceptually Sepharial is exciting. If you like your facts cold, Sepharial will leave you stranded.

We were slow to pick up on Sepharial (Walter Gorn Old, though he almost never used his birth name), 1864 - 1929. As C.E.O. Carter says, he is brilliant at almos

Archaeological, epigraphic, numismatic, and historical research is used to illuminate the meaning and function of temples in both Jewish and Greco-Roman culture

A close analysis of the architecture of the stupa—a Buddhist symbolic form that is found throughout South, Southeast, and East Asia. The author, who trained a

From ancient hieroglyphs to modern-day graffiti, discover the secrets, origins and meanings of over 2,000 signs and symbols The world around us is filled with s

The Sacred and the Profane

A noted historian of religion traces manifestations of the sacred from primitive to modern times, in terms of space, time, nature and the cosmos, and life itsel

From Temple to Meeting House

The series Religion and Society (RS) contributes to the exploration of religions as social systems – both in Western and non-Western societies; in particular,

Purity, Sacrifice, and the Temple

Ancient Jewish sacrifice has long been misunderstood. Some find in sacrifice the key to the mysterious and violent origins of human culture. Others see these cu