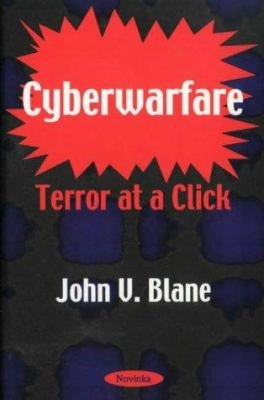 Cyberwarfare can be used to describe various aspects of defending and attacking information and computer networks in cyberspace, as well as denying an adversary's ability to do the same. Some major problems encountered with cyber attacks, in particular, are the difficulty in determining the origin and nature of the attack and in assessing the damage incurred. A number of nations are incorporating cyberwarfare as a new part of their military doctrine. Some that have discussed the subject more openly include the United Kingdom, France, Germany, Russia and China. Many of these are developing views toward the use of cyberwarfare that differ from these of the United States. Cyberterrorism is also an issue of growing national interest. Many believe terrorists plan to disrupt the Internet or critical infrastructures such as transportation, communications, or banking and finance. It does seem clear that terrorists use the Internet to conduct the business of terrorism, but on closer inspection, however, it is not clear how or whether terrorists could use violence through the Internet for political objectives.

Cyberwarfare can be used to describe various aspects of defending and attacking information and computer networks in cyberspace, as well as denying an adversary

There is warfare, and there is cyberwarfare. In today's technologically-driven world, governments, and even terrorist groups and hacktivists, engage in cyberwar

In the twenty-first century, political hostilities have moved largely from the battlefield to cyberspace. Since the Stuxnet virus was uncovered in 2010, built j

21st Century Chinese Cyberwarfare draws from a combination of business, cultural, historical and linguistic sources, as well as the author's personal experience

Through the rise of big data and the internet of things, terrorist organizations have been freed from geographic and logistical confines and now have more power

From North Korea's recent attacks on Sony to perpetual news reports of successful hackings and criminal theft, cyber conflict has emerged as a major topic of pu

Cyberwarfare has become an important concern for governmental agencies as well businesses of various types. This timely volume, with contributions from some of