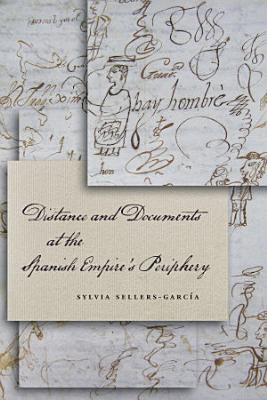 The Spanish Empire is famous for being, at its height, the realm upon which "the sun never set." It stretched from the Philippines to Europe by way of the Americas. And yet we know relatively little about how Spain managed to move that crucial currency of governance—paper—over such enormous distances. Moreover, we know even less about how those distances were perceived and understood by people living in the empire. This book takes up these unknowns and proposes that by examining how documents operated in the Spanish empire, we can better understand how the empire was built and, most importantly, how knowledge was created. The author argues that even in such a vast realm, knowledge was built locally by people who existed at the peripheries of empire. Organized along routes and centralized into local nodes, peripheral knowledge accumulated in regional centers before moving on to the heart of the empire in Spain. The study takes the Kingdom of Guatemala as its departure point and examines the related aspects of documents and distance in three sections: part one looks at document genre, and how the creation of documents was shaped by distance; part two looks at the movement of documents and the workings of the mail system; part three looks at document storage and how archives played an essential part in the flow of paper.

Distance and Documents at the Spanish Empire's Periphery

The Spanish Empire is famous for being, at its height, the realm upon which "the sun never set." It stretched from the Philippines to Europe by way of the Ameri

The Woman on the Windowsill

"One of the most thoughtfully crafted works of true crime I've ever seen."--Molly Odintz, CrimeReads senior editor On the morning of July 1, 1800, a surveyor an

Through reference entries and primary documents, this book surveys a wide range of topics related to the history of the Spanish Empire, including past events an

For All of Humanity

"For All of Humanity examines the first public health campaigns in Guatemala, southern Mexico, and Central America in the eighteenth and early nineteenth centur

A free ebook version of this title is available through Luminos, University of California Press’s Open Access publishing program. Visit www.luminosoa.org to l

This exploration of the culture of public speaking in the Iberian world places the renaissance revival of letters within a global context.

Law and Legality in the Ottoman Empire and Republic of Turkey

Our Time is Now

An illustration of how indigenous and non-indigenous actors deployed concepts of time in their conflicts over race and modernity in postcolonial Guatemala.