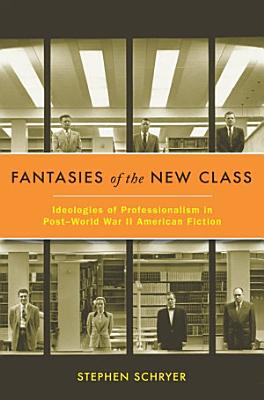 America's post–World War II prosperity created a boom in higher education, expanding the number of university-educated readers and making a new literary politics possible. Writers began to direct their work toward the growing professional class, and the American public in turn became more open to literary culture. This relationship imbued fiction with a new social and cultural import, allowing authors to envision themselves as unique cultural educators. It also changed the nature of literary representation: writers came to depict social reality as a tissue of ideas produced by knowledge elites. Linking literary and historical trends, Stephen Schryer underscores the exalted fantasies that arose from postwar American writers' new sense of their cultural mission. Hoping to transform capitalism from within, writers and critics tried to cultivate aesthetically attuned professionals who could disrupt the narrow materialism of the bourgeoisie. Reading Don DeLillo, Marge Piercy, Mary McCarthy, Saul Bellow, Ursula K. Le Guin, Ralph Ellison, and Lionel Trilling, among others, Schryer unravels the postwar idea of American literature as a vehicle for instruction, while highlighting both the promise and flaws inherent in this vision.

Fantasies of the New Class

Fictions of Fact and Value

Fictions of Fact and Value looks at logical positivism's major influence on the development of postwar American fiction, charting a literary and philosophical g

How did one dine with a shogun? Or make solid gold soup, sculpt with a fish, or turn seaweed into a symbol of happiness? In this fresh and fascinating look at J

From smartphones to social media, from streaming videos to fitness bands, our devices bring us information and entertainment all day long, forming an intimate p

So You've Landed in a Fantasy World

Today, it seems as if everyone from heroic-yet-angsty teenagers, to giggling schoolgirls, to middle-aged businessmen, to bored moms are finding themselves whisk

Youth Fantasies: The Perverse Landscape of the Media

Youth Fantasies is a collection of studies conducted in cross-cultural collaboration over the past ten years that theorizes 'youth fantasy'; as manifested throu