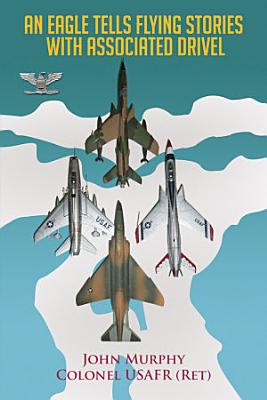 This book is about a shy boy, who learned discipline from strict parents and seven years of Parochial School. My ten years in a band taught marching. A graduate mechanical engineer, who loved to fly control line model airplanes, was commissioned a 2nd Lieutenant, and found the Air Force a piece of cake. The Air Force taught me to fly, although I had little desire to do so, and pushed me to be an extremely aggressive pilot. Skill, knowledge, and training allowed me to advance through the highest performance jet aircraft during the time period of 1955 through 1984. Jet aircraft flown were the T-33A, F86F (Sabre), F100 (Series A, D & F Super-Sabre), F105 (B & D Thunderchief), and the F110 (F4D Phantom). My stories progress from Primary Flight School, through all training and missions in the above aircraft as Pilot, Test Pilot, Instructor, and Air to Air Fighter Pilot. Few understand the training and life of an Air Force Pilot, so the "Drivel" shows a portion of life with these interesting, actual flying stories. A most enjoyable read!

This book is about a shy boy, who learned discipline from strict parents and seven years of Parochial School. My ten years in a band taught marching. A graduate

Flying Home And Other Stories

Raw, lyrical and blazing with intensity, these short stories are a potent distillation of the genius of Ralph Ellison, author of Invisible Man. 'He saw the dark

Imagine what it would be like to talk and fly with the men who flew the airplanes of World War II. What was in their minds as they made their first solos? And w

Presents a collection of illustrated photographs and narratives that describes the U.S. combat aircraft of World War Two written by the former aviators who flew

Memoirs Of A Flying Tiger: The Story Of A Wwii Veteran And Sia Pioneer Pilot

This book is a poignant story of a small-town boy, who stumbled into a lifelong flying career spanning 38 years as a pilot. Now at 99, Captain Ho Weng Toh, one