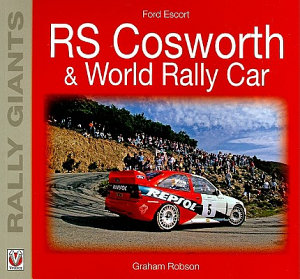 The Escort RS Cosworth, which started rallying in 1993, was one of the most ingenious designs of all time, and eventually became Ford's most successful since the legendary Escorts of the 1970s. Because it was smaller, lighter, and more nimble than any of the Sierras, the combination of Cosworth power, four-wheel-drive transmission, and an effective aerodynamic package made it a Rally Giant in all conditions. With five World victories in its first season, and success all around the world in later years, it was seen in every continent, in all conditions. To meet a change in regulations, the Escort World Rally Car took over in 1997, and also enjoyed years of success.

The Escort RS Cosworth, which started rallying in 1993, was one of the most ingenious designs of all time, and eventually became Ford's most successful since th

The Ford Escort MkII was a worthy successor to the original MkI. It became Ford's most successful rally car and the cars are still winning historic events today

The international financial value of Grand Prix racing has grown substantially in recent years. This book will focus upon the massive size, value, importance an

When Fiat entered rallying in 1970, its ultimate aim was to become World Rally Champion and the 131 Abarth of 1976-1980 provided the machinery to make that poss

Touch Wood - The Autobiography of the 1953 Le Mans Winner