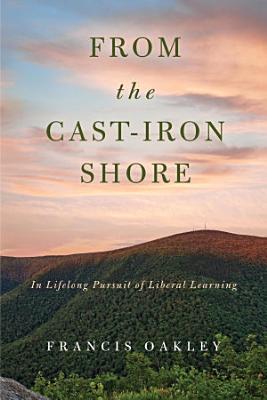 From the Cast-Iron Shore is part personal memoir and part participant-observer’s educational history. As president emeritus at Williams College in Massachusetts, Francis Oakley details its progression from a fraternity-dominated institution in the 1950s to the leading liberal arts college it is today, as ranked by U.S. News and World Report. Oakley’s own life frames this transformation. He talks of growing up in England, Ireland, and Canada, and his time as a soldier in the British Army, followed by his years as a student at Yale University. As an adult, Oakley’s provocative writings on church authority stimulated controversy among Catholic scholars in the years after Vatican II. A Fellow of the American Academy of Arts and Sciences and the Medieval Academy of America, and an Honorary Fellow of Corpus Christi College, Oxford, he has written extensively on medieval intellectual and religious life and on American higher education. Oakley combines this account of his life with reflections on social class, the relationship between teaching and research, the shape of American higher education, and the challenge of educational leadership in the late twentieth and early twenty-first century. The book is an account of the life of a scholar who has made a deep impact on his historical field, his institution, his nation, and his church, and will be of significant appeal to administrators of liberal arts colleges and universities, historians, medievalists, classicists, and British and American academics.

From the Cast-Iron Shore

From the Cast-Iron Shore is part personal memoir and part participant-observer’s educational history. As president emeritus at Williams College in Massachuset

This is a capacious and wide-ranging book, not just about individuals but about the history they move through. Whether the scene is Liverpool in the Blitz, a po

Know someone with an antwacky stem-winder? Heard the Band of Hope Street? Ever been on a vinegar trip? Do you jangle? Ever met a Cunard yank in the Dingle? Coul

With contributions from a dozen American and European scholars, this volume presents an overview of Jewish writing in post--World War II Europe. Striking a bala

This book is a printed edition of the Special Issue "Decolonizing Trauma Studies: Trauma and Postcolonialism" that was published in Humanities

In Ken Pye's third collection of strange and often bizarre tales from Merseyside’s History, prepare to be amazed and entertained, once again. Where on Merseys

This year marks the anniversary not only of what would have been John Lennon's 80th birthday but also the 40th anniversary of his death in New York. Understandi

A fond recollection of a boyhood in Speke, evoking the special atmosphere and character of the area.