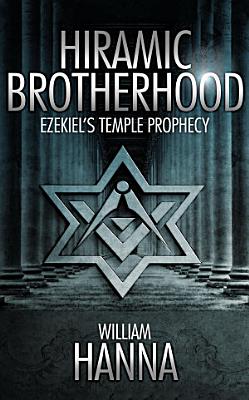 This novel follows journalist Conrad Banner who is intent on filming a documentary in the Occupied Palestinian Territories. Inspired by his father Mark – an author and foreign correspondent with numerous journalism awards for his coverage in the Middle East ­– Banner’s documentary presents a factually impartial account of the conflict. Hatred and violence was also being continually provoked by Israel’s ethnic cleansing of the indigenous population which was whitewashed by a form of propaganda known was hasbara, or ‘explanation’. Such propaganda was aimed at an international audience to portray contentious Israeli action and policies – past and present – in a positive light while providing a negative portrayal of Arabs in general, and Palestinians in particular. Along with Jewish activist Adam Peltz and Palestinian guide Sami Hadawi, Banner finds himself unwelcome, resulting in some hazardous and ultimately fatal consequences. Hiramic Brotherhood is motivated by the blatant denial of human rights to millions ot people, and in particular children, by the double standard of Western democracies. Exploring themes of culture, racism, religion and violence, Hanna brings to the fore a compelling story of struggle and divide.

This novel follows journalist Conrad Banner who is intent on filming a documentary in the Occupied Palestinian Territories. Inspired by his father Mark – an a

The Brill Handbook of Freemasonry is a pioneering work that brings together, for the first time, leading scholars on Freemasonry—the largest, oldest, and most

A surprisingly large number of English poets have either belonged to a secret society, or been strongly influenced by its tenets. One of the best known examples

Guess at the Rest

This engaging study reveals how a half-hidden thread of Masonic symbolism runs through Hogarth's work. The classical and Biblical references, whose ambiguity an

Western Esotericism and Rituals of Initiation

Comprehensive and scholarly ... Andrew Sinclair has written a fascinating book' - The Literary Review 'Andrew Sinclair guides us through this romantic story tha

Freemason's Book of the Royal Arch

One of the best books on secret societies ever written. Webster was an historical writer who wrote a number of books on the French Revolution. After World War I