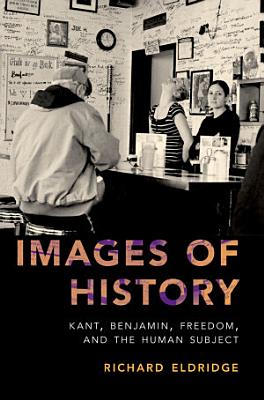 Developing work in the theories of action and explanation, Eldridge argues that moral and political philosophers require accounts of what is historically possible, while historians require rough philosophical understandings of ideals that merit reasonable endorsement. Both Immanuel Kant and Walter Benjamin recognize this fact. Each sees a special place for religious consciousness and critical practice in the articulation and revision of ideals that are to have cultural effect, but they differ sharply in the forms of religious-philosophical understanding, cultural criticism, and political practice that they favor. Kant defends a liberal, reformist, Protestant stance, emphasizing the importance of liberty, individual rights, and democratic institutions. His fullest picture of movement toward a moral culture appears in Religion within the Bounds of Mere Reason, where he describes conjecturally the emergence of an ethical commonwealth. Benjamin defends a politics of improvisatory alertness and consciousness-raising that is suspicious of progress and liberal reform. He practices a form of modernist, materialist criticism that is strongly rooted in his encounters with Kant, H�lderlin, and Goethe. His fullest, finished picture of this critical practice appears in One-Way Street, where he traces the continuing force of unsatisfied desires. By drawing on both Kant and Benjamin, Eldridge hopes to avoid both moralism (standing on sharply specified normative commitments at all costs) and waywardness (rejecting all settled commitments). And in doing so, he seeks to make better sense of the commitment-forming, commitment-revising, anxious, reflective and sometimes grownup acculturated human subjects we are.

Developing work in the theories of action and explanation, Eldridge argues that moral and political philosophers require accounts of what is historically possib

This book discusses the active relationship among the mechanics of memory, visual practices, and historical narratives. Reflection on memory and its ties with h

Written by one of the world's leading authorities on image-based methods this is the first book to investigate, in depth, the use of photographs and photo image

The Image of Peter the Great in Russian History and Thought

Photographs and the Practice of History

What is it to practice history in an age in which photographs exist? What is the impact of photographs on the core historiographical practices which define the

Testimony, Narrative and Image: Studies in Medieval and Franciscan History, Hagiography and Art in Memory of Rosalind B. Brooke

This volume brings together major scholars in medieval Franciscan history, hagiography and art to commemorate Dr Rosalind B. Brooke’s (1925-2014) life and sch

How does God speak through prophecy? What is the significance of the Transfiguration? Explore these questions and more with this guide to one of the world's mos

Image, History, and Politics: The Coinage of Modern Europe examines money as a medium of communication laden with artistic and political meaning by studying the