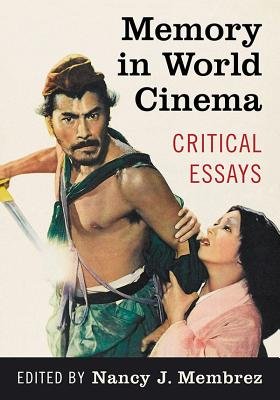 Film itself is an artifact of memory. A blend of all the other fine arts, film portrays and preserves human memory, someone's memory, faulty or not, dramatically or comically, in a documentary, feature film or short. Hollywood may dominate 80 percent of cinema production but it is not the only voice. World cinema is about those other voices. Drawn initially from presentations from a series of film conferences held at the University of Texas at San Antonio, this collection of essays covers multiple geographical, linguistic, and cultural areas worldwide, emphasizing the historical and cultural interpretation of films. Appendices list films focusing on memory and invite readers to explore the films and issues raised.

Film itself is an artifact of memory. A blend of all the other fine arts, film portrays and preserves human memory, someone's memory, faulty or not, dramaticall

Two World Wars engulfed Europe, Asia and the United States, leaving indelible scars on the landscape and survivors. The trauma of civil wars in Spain (declared)

Since the publication of the first volume of Directory of World Cinema: China, the Chinese film industry has intensified its efforts to make inroads into the Am

Faith and Spirituality in Masters of World Cinema, Volume III

Faith and Spirituality in Masters of World Cinema, Volume III continues the work presented in the first two volumes of this title, published by Cambridge Schola

The Child in World Cinema

This volume offers compelling analyses of children and childhood in non-Western films.

The Routledge Companion to World Cinema

The Routledge Companion to World Cinema explores and examines a global range of films and filmmakers, their movements and audiences, comparing their cultural, t

In the wake of World War II, the arts and culture of Europe became a site where the devastating events of the 20th century were remembered and understood. Explo

Spanish cinema is one of the most diverse and interesting on an international level, but lacks communicational platforms and detailed analysis. This volume addr

World Cinema and the Essay Film

World Cinema and the Essay Film examines the ways in which essay film practices are deployed by non-Western filmmakers in specific local and national contexts,

Though loved by moviegoers worldwide, Spanish cinema has thus far suffered from a relative lack of critical attention. Focusing on the vast corpus of films that