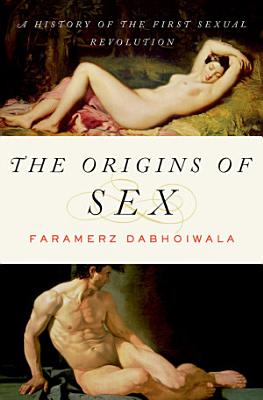 A man admits that, when drunk, he tried to have sex with an eighteen-year-old girl; she is arrested and denies they had intercourse, but finally begs God's forgiveness. Then she is publicly hanged alongside her attacker. These events took place in 1644, in Boston, where today they would be viewed with horror. How--and when--did such a complete transformation of our culture's attitudes toward sex occur? In The Origins of Sex, Faramerz Dabhoiwala provides a landmark history, one that will revolutionize our understanding of the origins of sexuality in modern Western culture. For millennia, sex had been strictly regulated by the Church, the state, and society, who vigorously and brutally attempted to punish any sex outside of marriage. But by 1800, everything had changed. Drawing on vast research--from canon law to court cases, from novels to pornography, not to mention the diaries and letters of people great and ordinary--Dabhoiwala shows how this dramatic change came about, tracing the interplay of intellectual trends, religious and cultural shifts, and politics and demographics. The Enlightenment led to the presumption that sex was a private matter; that morality could not be imposed; that men, not women, were the more lustful gender. Moreover, the rise of cities eroded community-based moral policing, and religious divisions undermined both church authority and fear of divine punishment. Sex became a central topic in poetry, drama, and fiction; diarists such as Samuel Pepys obsessed over it. In the 1700s, it became possible for a Church of Scotland leader to commend complete sexual liberty for both men and women. Arguing that the sexual revolution that really counted occurred long before the cultural movement of the 1960s, Dabhoiwala offers readers an engaging and wholly original look at the Western world's relationship to sex. Deeply researched and powerfully argued, The Origins of Sex is a major work of history.

The Origins of Sex

A man admits that, when drunk, he tried to have sex with an eighteen-year-old girl; she is arrested and denies they had intercourse, but finally begs God's forg

The Origins of Sex

A book that reveals how, where, and when Western attitudes toward sex were revolutionized, and how this has shaped the course of modern history.

The Origins of Sociable Life: Evolution After Science Studies

This ambitious book considers social scientific topics such as identity, community, sexual difference, self, and ecology from a microbial perspective. Harnessin

Sex and the Origins of Death

Death, for bacteria, is not inevitable. Protect a bacterium from predators, and provide it with adequate food and space to grow, and it would continue living--a

Investigating and reimagining the origin story of the sex doll through the tale of the sailor’s dames de voyage. The sex doll and its high-tech counterpart th

The Origins of Life

In this fascinating book, John Maynard Smith and Eors Szathmary present an original picture of evolution. They propose that during evolution there have been a n

Sexual Selection and the Origins of Human Mating Systems

This book demonstrates how detailed comparative analyses of the anatomy, reproductive physiology, and behaviour of non-human primates and other mammals can offe

Life Satisfaction, Empowerment and Human Development among Women in Sex Work in the Red Light Area of Pune (Maharashtra, India)

The Puritan Origins of American Sex

First Published in 2001. Routledge is an imprint of Taylor & Francis, an informa company.

Origins and Ends of the Mind

Figures of the Unconscious 7In Origins and Ends of the Mind, a collection of theoretical essays by philosophers and psychoanalysts, encounters are arranged betw