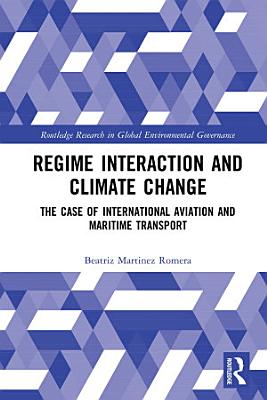 The Fragmentation of Global Climate Governance

The fragmented state of global climate governance poses major challenges to policymakers and scholars alike. Through an in-depth examination of regime interacti

Climate Change and the Law

Climate Change and the Law is the first scholarly effort to systematically address doctrinal issues related to climate law as an emergent legal discipline. It a

The Law of the Sea and Climate Change

Our oceans are suffering under the impacts of climate change. Despite the critical role that oceans play in climate regulation, international climate law and th

The Impact of Climate Change Mitigation on Indigenous and Forest Communities

The international legal framework for valuing the carbon stored in forests, known as 'Reducing Emissions from Deforestation and Forest Degradation' (REDD+), wil

Why are some international regimes more effective or more successful than others? This book presents sophisticated studies of regime effectiveness, and a sophis

Based on the identification of the ‘participatory’, ‘competence’ and ‘geographical’ gaps in the international legal regime relating to marine protec