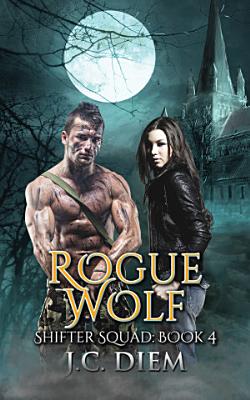 On the heels of completing their latest mission, Lexi and Reece sense another werewolf hunting in the same area. One glance into his mind tells them that there is something very wrong with him. When a body is found in the woods nearby, their intuition is proven to be correct. The shifter has turned rogue and it is their job to hunt him down. Mark relocates the Squad to their base in West Virginia. He begins digging into a series of deaths that have taken place during the past few years. It quickly becomes apparent that it wasn't an accident that they crossed paths with the unstable shifter. When a camper mysteriously goes missing just a few hours away from their compound, Lexi and Reece are sent to investigate. Lexi has a feeling that Mark knows more about the rogue wolf than he is willing to admit. When their two missions unexpectedly collide, they are caught in a trap that could end up changing everything forever. (shifters, werewolves, paranormal romance, new adult paranormal romance, shifter series, werewolf series, young adult paranormal romance, coming of age paranormal romance, teen werewolf series)