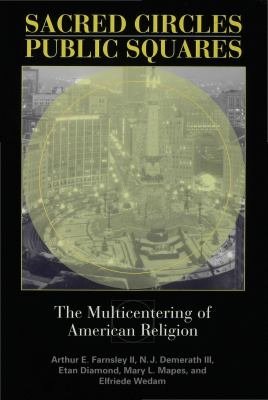 This study of the religious landscape of Indianapolis -- the summative volume of the Lilly Endowment's Project on Religion and Urban Culture conducted by the Polis Center at IUPUI -- aims to understand religion's changing role in public life. The book examines the shaping of religious traditions by the changing city. It sheds light on issues such as social capital and faith-based welfare reform and explores the countervailing pressures of "decentering" -- the creation of multiple (sub)urban centers -- and civil religion's role in binding these centers into one metropolis. Polis Center Series on Religion and Urban Culture -- David J. Bodenhamer and Arthur E. Farnsley II, editors

Brianna Sage and Devlin Janus have experienced the worst disaster a modern-day witch can face-a Sacred Circle that backfires and kills their best friend. Banish

From Jewish to Christian, Mormon and Pagan, women's sacred circles are sprouting up everywhere, in astonishing variety providing a haven where essential female

Indigenous shamanic peoples of diverse cultures have gathered in community drumming circles for thousands of years. Although most of us did not grow up in an in

Protect Yourself and Your Loved Ones with Easy and Effective Magic Discover how to detect and deflect free-floating negativity, send deliberate malice back to i

An Exploration of Dartmoor and Its Antiquities