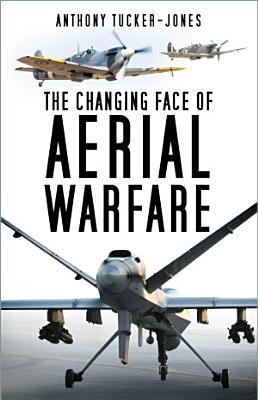 Since the Luftwaffe’s 1940 Eagle Day attack on Britain, aerial warfare and its accompanying technology has changed almost beyond recognition. The piston engine was replaced by the jet and the pilot in some cases has been completely replaced by a computer. Carpet bombing became GPS and laser pinpointed. Whereas a bomber’s greatest enemy was once fighters and flak, these dangers morphed into air-to-air and surface-to-air missiles. In this new book, Anthony Tucker-Jones charts the remarkable evolution of aerial warfare over time, from the iconic Supermarine Spitfire to the infamous unmanned Reaper drone.

Since the Luftwaffe’s 1940 Eagle Day attack on Britain, aerial warfare and its accompanying technology has changed almost beyond recognition. The piston engin

Spitfire Pilot is the exhilarating and moving memoir of D. M. Crook, an airman in the legendary 609 Squadron - one of the most successful RAF units in the Battl

Includes the Aerial Warfare In Europe During World War II illustrations pack with over 200 maps, plans, and photos. David Moore Cook, or DMC to his friends and

What if - you went to sleep as usual in 2004 - and woke up in 1934? What if - you had vital knowledge about the forthcoming Second World War, and could prove th

Blue knows working for the Devil isn’t half as glamorous as it sounds. There’s no pay to earn, only cruel and devious punishment if orders are refused. Unfo

'Masterful research, impeccable detail, with a beautifully flowing narrative of which Churchill himself would have been proud.' - Professor Peter Caddick-Adams

Nothing can end before it begins. My beginning started with the death of my best friend. And the kid he left behind... I had no idea what to do. But I made a pr

From Wax Wings to Flying Drones

Was Keith Harris’s Orville really named after the first-ever flyer? What exactly is a ‘Spitfire’? Why did Richard Branson try to cross the Atlantic in a b

I’m marked for death. If I can get this Deathmark removed, I can help save the world from total ruin. Only thing is, Brent Hume, Grim Reaper and love of my li