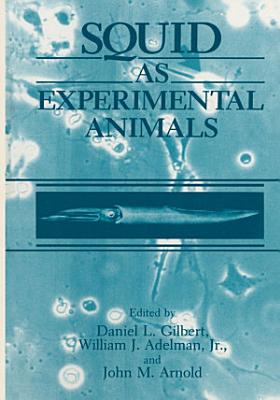 The predecessor to this book was A Guide to the Laboratory Use of the Squid Loligo pealei published by the Marine Biological Laboratory, Woods Hole, Massachusetts in 1974. The revision of this long out of date guide, with the approval of the Marine Biological Laboratory, is an attempt to introduce students and researchers to the cephalopods and particularly the squid as an object of biological research. Therefore, we have decided to expand on its original theme, which was to present important practical aspects for using the squid as experimental animals. There are twenty two chapters instead of the original eight. The material in the original eight chapters has been completely revised. Since more than one method can be used for accomplishing a given task, some duplication of methods was considered desirable in the various chapters. Thus, the methodology can be chosen which is best suited for each reader's requirements. Each subject also contains a mini-review which can serve as an introduction to the various topics. Thus, the volume is not just a laboratory manual, but can also be used as an introduction to squid biology. The book is intended for laboratory technicians, advanced undergraduate students, graduate students, researchers, and all others who want to learn the purpose, methods, and techniques of using squid as experimental animals. This is the reason why the name has been changed to its present title. Preceding the chapters is a list of many of the abbreviations, prefixes, and suffixes used in this volume.

The predecessor to this book was A Guide to the Laboratory Use of the Squid Loligo pealei published by the Marine Biological Laboratory, Woods Hole, Massachuset

The seminal reference on the care of laboratory and captiveanimals, The UFAW Handbook on the Care and Management ofLaboratory and Other Research Animals is a mu

Volume 44 is an eclectic volume with timely reviews on invertebrate zooplankton growth rates and movements on marine fish and decapod crustaceans. Advances in M

The Mollusca, Volume 8: Neurobiology and Behavior, Part 1, provides an overview of the state of knowledge in molluscan neurobiology and behavior. It is part of

Cephalopod Culture is the first compilation of research on the culture of cephalopods. It describes experiences of culturing different groups of cephalopods: na

In the Name of Science

Few arguments in biomedical experimentation have stirred such heated debate in recent years as those raised by animal research. In this comprehensive analysis o