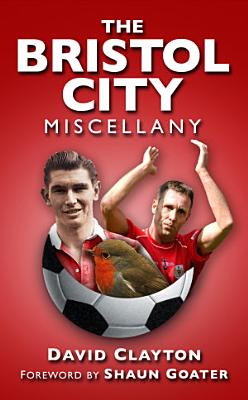 Did you know? The club's official anthem is ‘One For The Bristol City’ by The Wurzels. Why the club lost out on so much attendance revenue at their first ground? The club's mascot, Scrumpy the Robin, owes much to the south-west region’s obsession for cider. He’s been the mascot since 2005, with rumours that the previous incumbent was last seen in the city centre, drinking out...? The Bristol City Miscellany – a book on the Robins like no other, packed with facts, stats, trivia, stories and legends. Now, with the club experiencing previously uncharted highs, look back at what has made this club what it is today – the players and characters that have represented City over the years and the events that have shaped the club. If you want to know the record crowd for a home game, the record appearance holder or longest-serving manager, look no further – this is the book you’ve been waiting for. From record goalscorers, to record defeats; from Ashton Gate to Kevin Mabbutt, from Wembley to Gary Johnson – it’s all in The Bristol City Miscellany – can you afford not to own a copy?

Did you know? The club's official anthem is ‘One For The Bristol City’ by The Wurzels. Why the club lost out on so much attendance revenue at their first gr

This is the only trivia book a Sky Blues fan could ever need, packed with facts, stats, anecdotes and history about Coventry City. From cult heroes and extraord

The Christian remembrancer; or, The Churchman's Biblical, ecclesiastical & literary miscellany

Bristol is a major city and port in the south-west of England. In medieval times, it became the third largest city in the kingdom, behind London and York. Brist

The Christian Examiner and Religious Miscellany