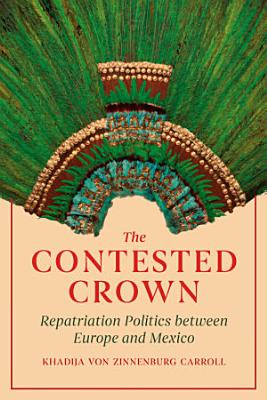 "This book explores the travels and travails of a fabulous headdress reputed to have belonged to Montezuma, the last emperor of the Aztecs. This feather crown was brought to Europe by Hernando Cortez following the conquest of Mexico. Not long after it arrived in Europe, it was placed in the "cabinet of curiosities" at Ambras Castle, the Austrian residence of the author's ancestors. From there the headdress was removed to Vienna's Weltmuseum in the early nineteenth century, where it has been on view ever since. "El Penacho," as the headdress is called, is considered a national treasure by both Austria and Mexico. The crown has long been the center of political and cultural power struggles. The Mexican government wants it back. The Weltmuseum insists El Penacho is too fragile to travel. Austria has tried to placate Mexico by giving it a replica, which is displayed in the National Museum of Anthropology in Mexico City. But Mexico wants the real thing. This is at once the biography of a rare cultural object and a history of political collecting and colonizing. The book analyses claims for postcolonial justice through the repatriation case of the headdress, today among the most contested museum claims between Europe and the Americas"--

"This book explores the travels and travails of a fabulous headdress reputed to have belonged to Montezuma, the last emperor of the Aztecs. This feather crown w

Following conflicting desires for an Aztec crown, this book explores the possibilities of repatriation. In The Contested Crown, Khadija von Zinnenburg Carroll m

Marginality assumes a variety of forms in current discussions of the Middle Ages. Modern scholars have considered a seemingly innumerable list of people to have

In the playhouses of eighteenth-century France, clerks and students, soldiers and merchants, and the occasional aristocrat stood in the pit, while the majority

Sketches of Universal History, Sacred and Profane, from the Creation of the World to the Present Time

An Account of the Proceedings, at the Contested Election for the City of Chichester, June, 1826