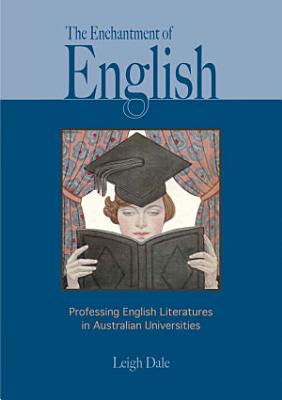 The Enchantment of English is a study of the teaching of English in Australian universities, from its beginnings in the second half of the 19th century through to the 1960s and 1970s, a period in which universities proliferated and diversified. Written from the belief that every discipline is enhanced by understanding the arguments made for its existence and the conditions in which it was established, the author aims to help students and colleagues to think critically about the impact of institutional location in forming our habits of mind. Amidst these stories of politics, critical debates, scrambling for appointments in specific areas and disputes about the need to satisfy the demands of students and the public for 'usefulness', this history reveals something intangible but durable: the power of the literary text over the imagination, and the power of the idea of England and its writers as a basis and motive for reading and study - hence, The Enchantment of English.

The Enchantment of English

The Enchantment of English is a study of the teaching of English in Australian universities, from its beginnings in the second half of the 19th century through

Coming of Age in Times of Crisis

The Philosophy of Enchantment

This is the long-awaited publication of a set of writings by the British philosopher, historian, and archaeologist R.G. Collingwood on critical, anthropological

From The Hobbit to Harry Potter, how fantasy harnesses the cultural power of magic, medievalism, and childhood to re-enchant the modern world Why are so many pe

Enchantment and Dis-enchantment in Shakespeare and Early Modern Drama

This volume addresses dealings with the wondrous, magical, holy, sacred, sainted, numinous, uncanny, auratic, and sacral in the plays of Shakespeare and contemp

One of Britain's outstanding novelists, Tim Parks is also a provocative, entertaining and accomplished essayist. This new collection's title is drawn from D. H.

To be Enchanted, at one time, meant to be ‘carried away,’ from one’s hum-drum existence, to something or somewhere magical, perhaps even spiritual, at lea

Investigating the meanings and uses of "spiritus" in a variety of early modern disciplines and fields - natural philosophy, theology, music, literature and the