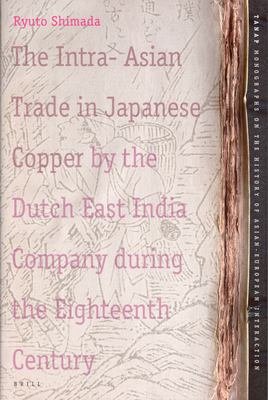 In this definitive study of the intra-Asian trade in Japanese copper trade by the Dutch East India Company, the author argues that the trade in this commodity reaped high profits. Despite the huge imports of British copper by the English East India Company during the eighteenth century, the Dutch Company successfully continued to sell Japanese copper in South Asia at higher prices. Compared to the capital-intensive development of British mines in the age of the Industrial Revolution, the copper production in Tokugawa Japan was characterized by a labour-intensive 'revolution' which also made a big impact on the local economy.

In this definitive study of the intra-Asian trade in Japanese copper trade by the Dutch East India Company, the author argues that the trade in this commodity r

Intra-Asian Trade and the World Market

Asia and the History of the International Economy

This collection of essays sheds new light on many aspects of Asia’s integration with the international economy. H.I.H. Crown Prince Naruhito discusses the pro

Encounters on the Opposite Coast: The Dutch East India Company and the Nayaka State of Madurai in the Seventeenth Century

From the outset, society in Japan has been shaped by its environmental context. The lush green mountainous archipelago of today, with its highly productive lowl

The eighteenth century in South Asian history is a period of great dynamism and a critical phase in the historical trajectory of the subcontinent. This book foc

This case study of the tea trade of the Dutch East India Company with China deals with the most profitable phase of the Dutch Company's China trade, focusing on