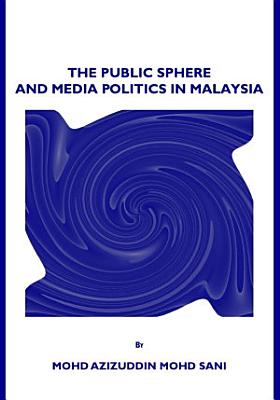 This book analyses Malaysian media from the Jurgen Habermas’ perspectives of “the public sphere” especially from the aspects of bourgeois public sphere, mass press, the commercialisation of the press and refeudalisation. Malaysia has also faced all of those aspects. However, the highlight of this book is the process called defeudalisation. The 2008 General Election has shown that a new public sphere of cyberspace or the Internet and the mobile phone was accessed and utilised significantly and was enough to be used by the opposition in influencing the public to vote them. It became one of the major factors in determining the result of the election which is for the first time the opposition denying the ruling government a two third majority in the parliament and taking control or governing of five states. This new and influential public sphere in Malaysia has reversed the Habermas’ argument of refeudalisation to a process called “Defeudalisation”. However, in creating a civil public sphere for the people to deliberate views, this book also argues that Malaysia needs a responsible media or freedom of the press with social responsibility. This book urges Malaysia to accept the idea or theory of social responsibility and the concept of public journalism in the public sphere. This book is suitable for all interested–politicians, journalists, academia, and students of politics, media studies, laws and Malaysian studies–in the issues of media politics, free press and the role of media in Malaysian society as well as those interested in civil liberties, democratisation, political theory, media theory, law and Malaysian studies.