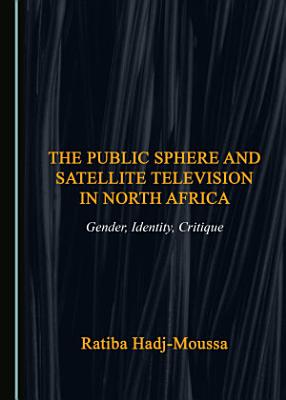 The advent of satellite television and its adoption in the Maghreb brought about a profound social change. This book, which explores the relationships between the media and the public sphere, shows that the simple and quotidian act of watching satellite television as opposed to national television mobilizes novel ways of expressing identities along with a range of critical positions targeting political regimes. By bringing certain topics hitherto hardly present to the center of homes, the media reveals the pivotal functions of gender relations, which are today at the heart of social and political matters in Algeria, Morocco and Tunisia. Based on extensive fieldwork, this book offers a unique interpretation of the use of satellite television in authoritarian contexts and contributes to a better understanding of the media and the political public sphere. The book will interest teachers and students in communication, political studies, gender studies, sociology and anthropology of the Arab worlds and the Mediterranean.

The Public Sphere and Satellite Television in North Africa

The advent of satellite television and its adoption in the Maghreb brought about a profound social change. This book, which explores the relationships between t

Over the last several years, the debate about publics seems to have newly emerged. This debate critically reflects the Habermasian ideal of a (national) public

In the last ten years, television has reinvented itself in numerous ways. The demise of the U.S. three-network system, the rise of multi-channel cable and globa

Algeria: Nation, Culture and Transnationalism 1988–2015 offers new insights into contemporary Algeria. Drawing on a range of different approaches to the idea

The Handbook of Global Media Research

Bringing together the perspectives of more than 40 internationally acclaimed authors, The Handbook of Global Media Research explores competing methodologies in

Owing to increased migration dating from the 1990s, Nordic countries have gone through substantial cultural and social changes, resulting in increased debate su

Seminar paper from the year 2006 in the subject Politics - International Politics - Region: Near East, Near Orient, grade: 1,7, University of Freiburg (Seminar

A Future for Public Service Television

A guide to the nature, purpose, and place of public service television within a multi-platform, multichannel ecology. Television is on the verge of both decline