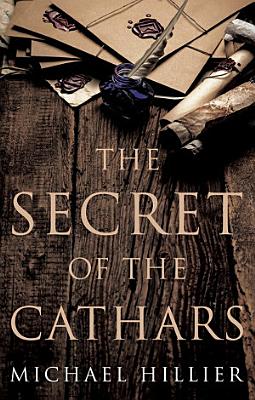 Philip Sinclair’s grandmother leaves him the unusual legacy of a translated journal of his ancient ancestor, who was one of the four Cathar perfecti who escaped from the castle of Montségur with the 'treasure of the Cathars' strapped to his back – a treasure that has never been found. She also requests that he travels to the Pyrenean fastness of le Bézu where she believes the treasure still lies. Meanwhile, the famous young French archaeologist Jaqueline Blontard, known as Jackie, arrives at le Bézu with her assistant to prepare excavations as part of her new television series about the Albigensian Crusade. They believe nobody is yet aware of their explorations, but they couldn’t be more wrong. Not only does the Roman Catholic Church already know about their plans, but a secret body in Paris has sent someone to watch the excavations and a criminal gang in Marseilles has become involved in the search for the Cathar treasure. Soon after Philip arrives at le Bézu, Jackie’s assistant is killed. Suspicion immediately falls on Philip and the police instruct him to stay in the locality while they investigate, but she does not believe he is responsible. The couple decide to work together to find the secret treasure, but before they unearth the location, news comes from Paris that TV France, who are funding the series, have decided to close down the dig. Philip and Jackie continue to search on their own and, closely followed by the shadowy organisations, they unearth much more than they had expected… Full of suspense, action and romance, The Secret of the Cathars explores the mystery of the Cathars and the historical events that supposedly took place years ago in a contemporary story. It will appeal to fans of historical mysteries and thrillers such as The Da Vinci Code.

The Secret of the Cathars

Philip Sinclair’s grandmother leaves him the unusual legacy of a translated journal of his ancient ancestor, who was one of the four Cathar perfecti who escap

Modern text research shows that biblical tradition often does not at all correspond to real historical events. This lessens neither the inner significance of th

The Secret Teachers of the Western World

This epic study unveils the esoteric masters who have covertly impacted the intellectual development of the West, from Pythagoras and Zoroaster to the little-kn

The Lost Teachings of the Cathars

A deep-dive into the history, culture, and legacy of the medieval Christian dualist movement, Catharism—as seen in popular novels by Dan Brown and Kate Mosse

Sent to oversee the completion of Da Vinci's "The Last Supper," Dominican inquisitor Fray Agustin Leyre investigates the artist's omission of key elements and u

In the second half of the twelfth century, the Catholic Church became convinced that dualist heresy was taking root within Christian society and that it was par

Catharism was the most successful heresy of the Middle Ages. Flourishing principally in the Languedoc and Italy, the Cathars taught that the world is evil and m

The Secret of the Tarot

Could the teachings of an 13th Century heretical sect be revealed in a deck of tarot cards? Robert Swiryn's The Secret of the Tarot provides a fascinating look

Previously published as Ancient Science, Secret History contains 150 pages of new material. The Secret History of The World and How To Get Out Alive is the defi

Crusaders, Cathars and the Holy Places

First published in 1999, this volume emerged as part of the Collected Studies series and features studies authored by Bernard Hamilton over a period of twenty y