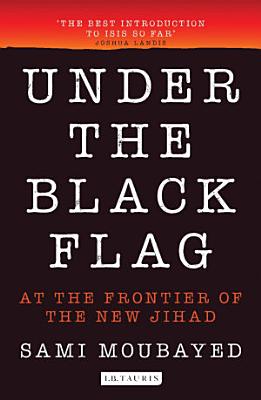 The Islamic State movement (ISIS/ISIL/IS) burst onto the world stage in 2014. From its heartland in Syria, where it arose from the chaos of the Syrian Revolt, the organisation has expanded in ideology and membership and now poses a significant threat to the region, if not to the wider world. Moubayed, a Beirut-based journalist who has been analysing Syria and the region for 20 years, has unrivalled access to the movement and its participants. His book is the first inside account of an organisation which has dominated the headlines with a dangerous mix of barbarity and military prowess. In looking at the historical background of ISIS: where it came from, how it evolved, where it stands today and what its aims are for the future to reveal, it will provide, for the first time, a fully-fledged picture of what lies at the heart of the Islamic State.

Under the Black Flag

The Islamic State movement (ISIS/ISIL/IS) burst onto the world stage in 2014. From its heartland in Syria, where it arose from the chaos of the Syrian Revolt, t

Under the Black Flag

Freedom and Slavery in 18th Century life in the carribbean and South American are studied in this sea adventure story.

With the publication of Naked Lunch in 1959, William Burroughs abruptly brought international letters into the postmodern age. Beginning with his very early wri

The Future of ISIS

The stereotypical hillbilly figure in popular culture provokes a range of responses, from bemused affection for Ma and Pa Kettle to outright fear of the mountai

Romantic Border Crossings participates in the movement towards 'otherness' in Romanticism, by uncovering the intellectual and disciplinary anxieties surrounding

Why We Love Pirates

A historian presents â€śan excellent guide to how pirates became the outlaw celebrities of the high seasâ€ť (Greg Jenner, host of the Youâ€™re Dead to Me podcas

This book presents the story of Anne Bonny, one of only two known female pirates during the Golden Age of Piracy in the early 1700s.