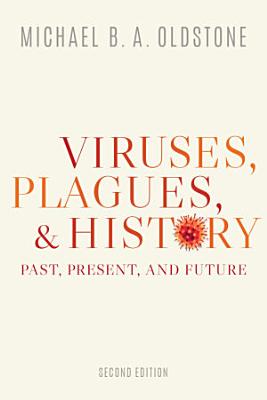 "Here, my previous edition of Viruses, Plagues, & History is updated to reflect both progress and disappointment since that publication. This edition describes newcomers to the range of human infections, specifically, plagues that play important roles in this 21st century. The first is Middle East Respiratory Syndrome (MERS), an infection related to Sudden Acute Respiratory Syndrome (SARS). SARS was the first new-found plague of this century. Zika virus, which is similar to yellow fever virus in being transmitted by mosquitos, is another of the recent scourges. Zika appearing for the first time in the Americas is associated with birth defects and a paralytic condition in adults. Lastly, illness due to hepatitis viruses were observed prominently during the second World War initially associated with blood transfusions and vaccine inoculations. Since then, hepatitis virus infections have afflicted millions of individuals, in some leading to an acute fulminating liver disease or more often to a life-long persistent infection. A subset of those infected has developed liver cancer. However, in a triumph of medical treatments for infectious diseases, pharmaceuticals have been developed whose use virtually eliminates such maladies. For example, Hepatitis C virus infection has been eliminated from almost all (>97%) of its victims. This incredible result was the by-product of basic research in virology as well as cell and molecular biology during which intelligent drugs were designed to block events in the hepatitis virus life-cycle"--