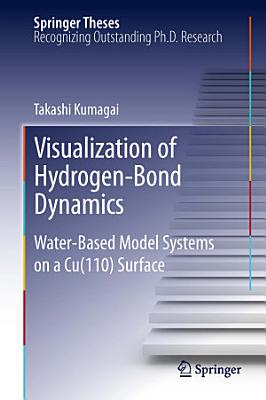 The hydrogen bond represents an important interaction between molecules, and the dynamics of hydrogen bonds in water create an ever-present question associated with the process of chemical and biological reactions. In spite of numerous studies, the process remains poorly understood at the microscopic level because hydrogen-bond dynamics, such as bond rearrangements and hydrogen/proton transfer reactions, are extremely difficult to probe. Those studies have been carried out by means of spectroscopic methods where the signal stems from the ensemble of a system and the hydrogen-bond dynamics were inferred indirectly. This book addresses the direct imaging of hydrogen-bond dynamics within water-based model systems assembled on a metal surface, using a scanning tunneling microscope (STM). The dynamics of individual hydrogen bonds in water clusters, hydroxyl clusters, and water-hydroxyl complexes are investigated in conjunction with density functional theory. In these model systems, quantum dynamics of hydrogen bonds, such as tunneling and zero-point nuclear motion, are observed in real space. Most notably, hydrogen atom relay reactions, which are frequently invoked across many fields of chemistry, are visualized and controlled by STM. This work presents a means of studying hydrogen-bond dynamics at the single-molecule level, providing an important contribution to wide fields beyond surface chemistry.