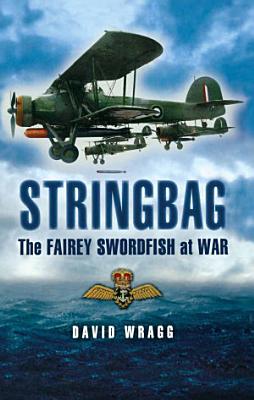 This is a narrative account of the operations of the Fairey Swordfish throughout World War Two. The most famous of these was the attack on the Italian fleet at Taranto, crippling three battleships and damaging several other ships as well as the seaplane base and an oil storage depot. The Swordfish played a prominent part in the Battle of Matapan and in the sinking of the Bismarck. Less happily, Swordfish were used in the unsuccessful and ill-prepared raid on the Germans at Petsamo and in the abortive attack on the battle cruisers Scharnhorst and Gneisenau during the Channel Dash in 1942.

This is a narrative account of the operations of the Fairey Swordfish throughout World War Two. The most famous of these was the attack on the Italian fleet at

The Man Who Built the Swordfish

Sir Richard Fairey was one of the great aviation innovators of the twentieth century. His career as a plane maker stretched from the Edwardian period to the jet

Without the aircraft carrier, the Japanese would not have brought the United States into the Second World War through their attack on Pearl Harbour; without the

A Life of Admiral of the Fleet Andrew Cunningham

This book presents an account of the life of naval commander Andrew Cunningham, the best-known and most celebrated British admiral of the Second World War. It s

A Destroyer at War

It was headline news on 8 April 1942: One of the Navys most famous destroyers, a ship which survived bombs, torpedoes and full scale battles, has been wrecked.

A Companion to World War II

The Era of World War II