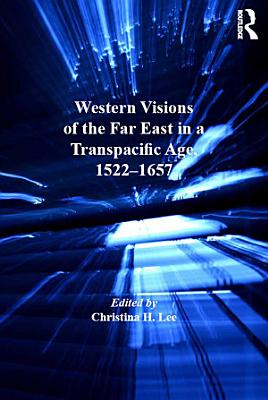 Bringing to bear the latest developments across various areas of research and disciplines, this collection provides a broad perspective on how Western Europe made sense of a complex, multi-faceted, and by and large Sino-centered East and Southeast Asia. The volume covers the transpacific period--after Magellan's opening of the transpacific route to the Far East and before the eventual dominance of the region by the British and the Dutch. In contrast to the period of the Enlightenment, during which Orientalist discourses arose, this initial period of encounters and conquest is characterized by an enormous curiosity and a desire to seize--not only materially but intellectually--the lands and peoples of East Asia. The essays investigate European visions of the Far East--particularly of China and Japan--and examine how and why particular representations of Asians and their cultural practices were constructed, revised, and adapted. Collectively, the essays show that images of the Far East were filtered by worldviews that ranged from being, on the one hand, universalistic and relatively equitable towards cultures to the other extreme, unilaterally Eurocentric.

Bringing to bear the latest developments across various areas of research and disciplines, this collection provides a broad perspective on how Western Europe ma

Making the New World Their Own

Making the New World Their Own offers a systematic study of how Chinese scholars came to understand that the earth is shaped as a globe. This notion arose from

This new volume explores the surprisingly intense and complex relationships between East and West during the Middle Ages and the early modern world, combining a

East Asia, Latin America, and the Decolonization of Transpacific Studies

In this collective work, researchers from different disciplines reflect upon the challenges and opportunities of decolonizing transpacific studies through the l

The English Renaissance and the Far East

This book offers a timely examination of cultural encounters between Britain, China, and Japan, past and present. It challenges Edward Said’s model of East/We

While inquiries into early encounters between East Asia and the West have traditionally focused on successful interactions, this collection inquires into the ma

The Venetian Discovery of America

Few Renaissance Venetians saw the New World with their own eyes. As the print capital of early modern Europe, however, Venice developed a unique relationship to

Christian-Muslim Relations, a Bibliographical History, Volume 11 (CMR 11) is a history of everything that was written on relations in the period 1600-1700 in So

In recent years, research on the history of early modern cartography has undergone remarkable developments. At the same time, European travel accounts and works